Among the many watch and clock styles around the world, the California watch dial knows how to stand out, with its figures from 10 o’clock to 2 o’clock being rendered in Roman numerals while the other eight are given in Arabic numerals. Both numerical styles are found in watches and clocks around the world, of course, but it’s obviously usually only one or the other – so why are both here?

What’s the purpose of this unique arrangement?

Who’s behind all of this?

Why is it named for California anyway?

Let’s take time out to start “California Dreaming” about the reasons for and secrets behind the California watch dial design. 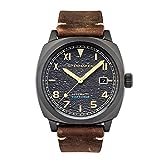 Who Invented the California Dial?

Rolex is often credited with inventing the California dial all the way back in the 1930s. That said, all the sunshine in sunny So Cal can’t quite shine the spotlight on precisely where or how these watches emerged – though there are a lot of theories.

The simplest of these is that it was simply a trend that took off in the 1930s in California. Its 30s origin is further supported by the fact that, by the time of the war a few years later, California watch dials were all over Rolex ads for the Christmas season in the United States, France, Switzerland, and beyond. If you look at ads from that era, however, you’ll find the general style of what we today call California watch dials, but not the name itself. That seems to be a much later adoption, with the 70s being a possible starting point and the term gaining greater usage and acceptance in the 80s.

A further theory argues that the California style took off at that time as part of a vintage watch trend – something that would seem to support its 30s/40s origin for it to already be “retro” in the first place. This era also supplies us with a name – Kirk Rich, a dial refinisher in LA credited with popularizing (or, with that 30s/40s origin, re-popularizing) the half-Roman half-Arabic numeral design. Some further link the watches with shops on Melrose Avenue and the bubbleback watch craze of the 80s, though this is an anecdotal bit of “Connect the Dots.” Some evidence for the bubbleback theory is found in the fact that this, too, was a retro watch design originating in the 1930s. The design, complete with the half-Roman half-Arabic numerical design, can be seen as early as a 1934 Rolex ad for the Ref. 3595 bubble back. In 1942, Rolex gained a patent for the unique watch design.

Either way, more and more stores called for this design from Rich, and in time the “California watch” label stuck.

A separate theory likewise links the origins of the California watch design to the 30s and 40s, but goes in a different direction, arguing that the Italian Navy requested watches like these from Officine Paneria. This theory goes on to state that the Navy wished them to make a specific watch design for specialized divers. The watches needed to be able to withstand water pressure, give good overall water resistance, and be easily visible for divers when they were submerged during nighttime dives.

However, while that request seems to be authentic, Paneria did not actually make these watches. They did not specialize in creating wristwatches at the time, let alone watches as specialized as that. This is where the theory ties back into the first one, arguing that Paneria turned to Rolex for help. Rolex’s Ref. 3646 was produced shortly thereafter and featured a 47 mm Oyster case, a certain percentage of which were outfitted with the half-Roman half-Arabic dial design. Some variations sometimes put a triangle where the 12 should be.

What Is the Purpose of a California Dial?

While the origins of the California watch style are murky, the reasons for its design are much clearer. The design definitely seems to have first originated in the 30s and 40s, giving it strong retro appeal.

As mentioned above, the half-Roman half-Arabic numerical design was simply found to be pretty fashionable at the time it was first produced in the 30s and 40s, and again in the 80s. On top of that, at least some of these watches were produced with luminescent numerals, which made them easier to see. Whether that was actually to help navy divers in particular or simply another aesthetic choice is a harder question to answer, but there’s no doubt that it was an influential part of the watch’s design.

California watch dials have a unique and surprisingly long history, dating all the way back to the 30s and 40s before gaining their name much later in the 70s and 80s. They combine two distinct watch styles into one, are retro and modern, and have become iconic for wearers across the world.